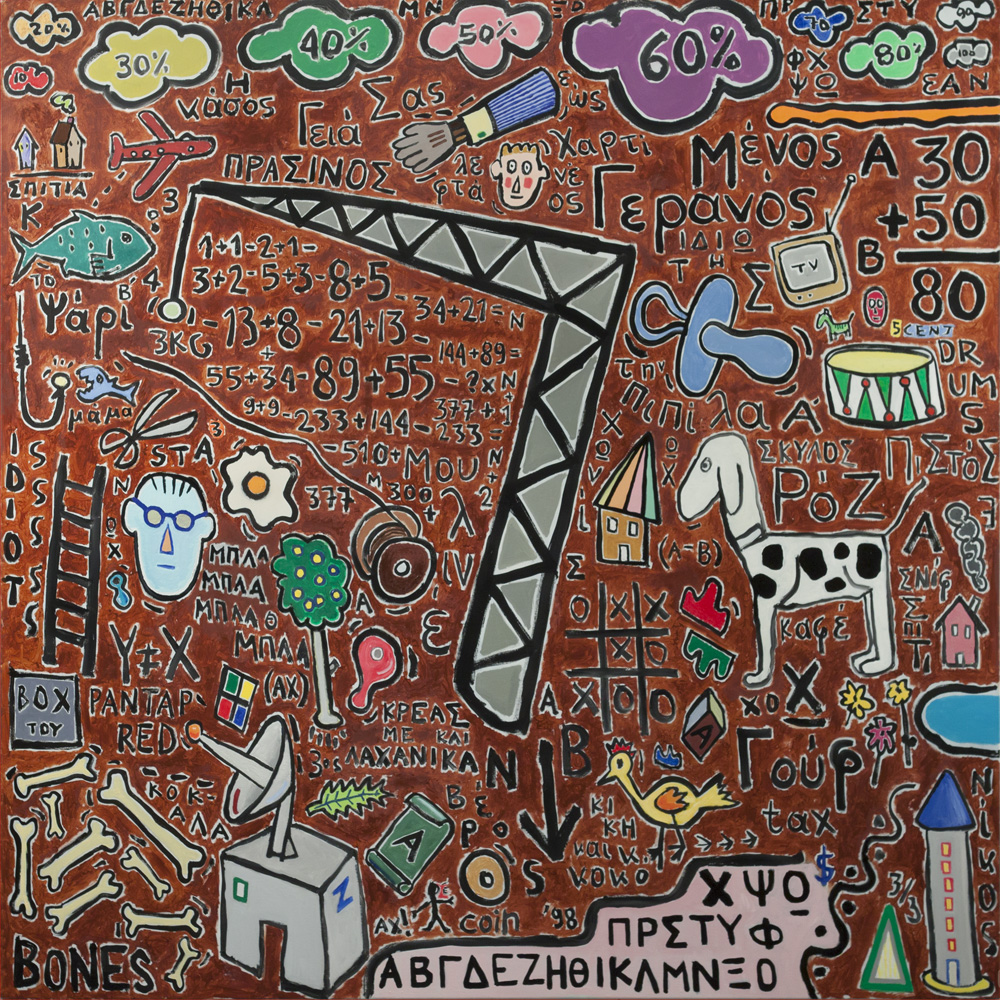 Nikos Lagos presents picture – psychograms in which he converses with his desires, fears, memories, reality and his natural and social environment. With intentions being drawn from his experiences he maps microcosms and mazes that jostle and coexist with pictures, symbols, words, letters, sentences and linguistic games either in high or low density. Through intense colours or the nearly monochromatic attribution, the sche- matization, the simplification and his writing that directly and consciously refers to chil- dren’s drawings or graffiti , he creates a complex frame of references, he confesses and addresses, reveals and undermines and negotiates notions and meanings. He ap- proaches and investigates the contradictions and the complexities, the different as- pects and versions of a chaotic world that is broken to pieces and has lost its stability and points of reference. His vital relationship and instability with the world is depicted in a way that is imaginative and eventful, well-timed and allusive. His works are produced in a subversive spirit and ironic mood, disarming and anarchic sense of humour and sar- casm of himself. It is the mature result of his meditation not only on the modern condi- tion and situation or his critical mind towards the exaggeration of technology, the com- monly accepted morals and values, the stereotypes, the roles, the identities, the fabri- cated media images and role models but also on concepts such as creation, the rela- tionship between the artist and his own self and the artist’s role, position and presence in the society.